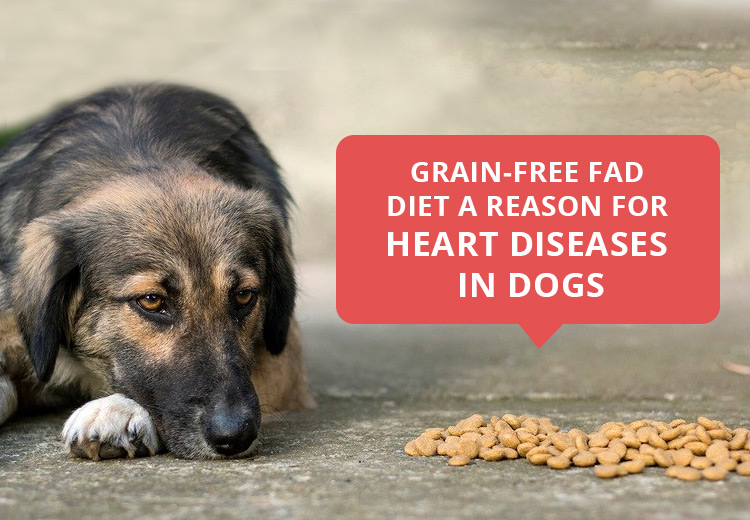 You are what you eat. A famous quote you must have come across at least once in your life. The same quote is also applicable for your pooch as well when it comes to what you feed your dog. The food companies that sale grain free exotic food (often called as FAD diets) claiming that it is what your dog needs for quicker results is actually slowly killing him and there are chances that he might suffer from heart disease and you might not even realize that the reason behind the ailment is actually that much-publicized dog food that you are feeding your dog.

What Is A Fad Diet?

A fad diet is a diet that is designed to deliver instant results, like weight loss etc. These diets often market themselves as a quick fix for the health issues in the dog with very minimal efforts. The diet constitutes such foods that are restricted and can cause serious health issues.

According to the reports, 2-3 dozens of dog died that were on the Fad diet regularly. The disease that is associated with this diet is called dilated cardiomyopathy or DCM. This disease was supposed to only affect the large breed dogs but currently, even the small dogs were found to be suffering from this disease. And after the research, it was found that the small breed dogs were consuming Fad diet regularly. Their parents were feeding these dogs a diet filled with peas, lentils, and potatoes with the absence of grains.

You Can Be Vegan Not Your Dog

There are theories that people who are completely vegan are also propagating these ideologies to be used in pet foods as well but what they don’t realize is dog’s body is made to eat meat or chicken, the amino acid in the meat and chicken or beef is very vital for the development of a dog’s body.

Also, removing meat and introducing vegetables and eliminating grains that provide the low taurine amount, reduces the taurine level to zero which in turn causes loss of appetite in dogs and seizure attacks, evident signs of DCM. However, loss of appetite can also be a sign of gastrointestinal worm infestations and that can be easily treated by using some efficient de-wormers present in the market.

In DCM your dog’s heart swells and lungs get filled with liquid, eventually leading to death in most of the cases.

Hence, stay away from the so-called grain free fad diets, you may also see many celebrities promoting it but the bitter truth is that even they won’t use it on their pets. And, you may have unintentionally switched to these diets because your friend, neighbor or boss recommended this to you please stop using this diet.